An Introduction to Private Passenger Cars

Where is Northwest Rail Electric on a typical passenger car? Take a look at the average passenger car project to find out.

What is the Private Passenger Car Market Anyway?: 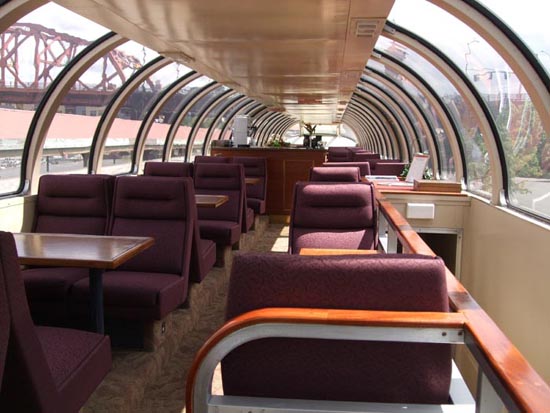 At right is the interior view of the upper level of a heritage dome car now used in private tourist charter service. The small photo shows this same car being switched onto the rear of Amtrak's Coast Starlight at Portland, Oregon, from which the passengers will have a special view of the Willamette Valley and Willamette Pass as the train heads south to California.

Atempting to understand who Northwest Rail Electric is also involves attempting to understand the market we serve, and that is not particularly easy for those with little contact with the railway industry. Since most people in North America do not experience passenger trains on any sort of regular basis, and for that matter their only experience with freight trains is likely having to wait for them at a road crossing, this applies to almsot everyone who wanders into our web site. "You people do WHAT, exactly?" is a fairly common question we receive.

Yet, a few of these passenger cars fulfill needs that are vital to the railroad industry in North America, and thus are fairly important for keeping the economy moving.

To that end, here is a bit of background into the primary industry we serve:

There is an entire "Private Car" segment of railroad passenger service that is essentially invisible to most people, and yet is part of the railroad industry. A few of these railway passenger cars fulfill vital roles in railroad transportation, while others are parts of purely recreational tourist travel and other uses that are far from vital to the industry. Owners range from the largest railroads in North America to railroad museums that may have only a single operable passenger car, and the uses for these privately owned cars are just as varied, if not more so, than their ownership.

Strictly speaking, "Private Cars" refer to passenger cars that are owned by individuals rather than common carrier ticket selling commercial entities. In the days before private aircraft, recreational vehicles and luxury motor coaches, private passenger cars were the travel mode of choice for those with the means to afford them.

Over the years, the term "private car" has been adapted to refer to a number of cars that aren't necessarily owned by individuals, but all the same are not part of the regular ticketed passenger carrying system. As an example, passenger cars owned by a major mainline freight railroad and used as portable offices are not "private cars" in the strict sense, as they are owned by a major publicly traded corporation and not a single individual. Cars used for occasional excursion service by a non-profit railraod history group are not in the strict sense a "private car" either as the non-profit is an organization that may even have official railroad reporting marks. However, in both cases if the cars meet the applicable standards they may be moved in Amtrak service. They are referred to as "private cars" because the standards to be met for movement are the same, no matter who owns them.

Perhaps the last of the well known private car owners was journalist and writer Lucius Beebe, who traveled about North America in the car Virginia City. In those days, for frequent travelers this was a way of keeping everything they needed in what was essentially a combination hotel room, office and kitchen that moved from city to city over the railroad. With Mr. Bebe being a writer and journalist this method of travel was kept in the public eye through his writings but with his death in 1966 travel by private railroad car faded into the background. However, the use of private passenger cars never ceased, and today passenger cars that are not part of the regular publicly ticketed passenger carrying system still ride the rails, fulfulling various functions - but without a well known journalist or other public figure using one on a regular basis their use has been in the background for nearly 5 decades.

As noted above, the use of these cars is widely varied, from vital to recreational and odd mixtures of the two. As part of those vital functions performed by these privately owned passenger cars:

At the complete opposite end of the spectrum, there are passenger cars that are used purely for recreational purposes, such as tourist railroad and museum coaches, that are used only as out-and-back train trip with no actual useful transportation. These cars generally do not meet the requirements to move over a main line railroad.

Somewhere in the middle, between vital functions for the railroad industry and pure recreational movement, are the various other uses that are not exactly vital railroad operations but also are not purely pleasure operations either, i.e.:

In short, the use of privately owned railway passenger cars has been limited only by imagination, budget, and the laws of physics. Their uses have been varried, and they continue to be used today for a wide variety of purposes. 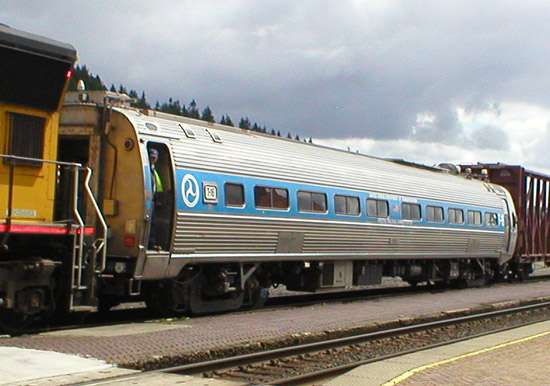 Northwest Rail Electric is a small manufacturer of electrical equipment for the railroad passenger car industry, and therefore has participated in a wide variety of these specialized uses of railroad passenger cars. Many of these uses take older passenger cars that are no longer economically used for regular passenger service and convert them to their new use. In the process, usually the electrical and air conditioning systems are upgraded or modernized to use currently available parts and/or otherwise be easier to maintain.

The vast majority of suppliers for railroad passenger car systems build their systems for car fleets, and almost always require some signficant volume of production in order to get the economy of scale that comes with building large multiples of the same assembly. This type of production simply isn't possible with the specialized one of a kind or very small fleets of cars in this secondary market for railroad passenger cars, and most of the large equipment builders simply have no interest in these small markets. Those attempting to operate single or small fleets of passenger cars had no alternatives.

All of the markets above, Northwest Rail Electric strives to serve. We do not get involved with massive fleet projects, but instead concentrate on serving the niche market offered by those operations that can not be economically served by the large equipment suppliers.

How does Amtrak fit into this?:

However, continuing the long tradition of passenger train operations, dating back well over 100 years, Amtrak has a system for allowing privately owned cars on their passenger trains. The cars must meet Amtrak specifications that apply to such cars, and the car movements are subject to Amtrak towage charges. The cars must be inspected by Amtrak and be approved for use in their trains. There are also switching fees for moving the car to and from Amtrak trains. 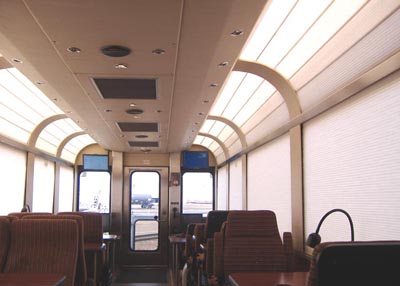 The American Association of Private Railroad Car Owners (AAPRCO) has a document on its web site that talks about the challenges and expenses of owning a railroad passenger car. It is called "Owning a Private Railroad Passenger Car - Information for Potential Buyers" and is pretty good about describing the various challenges involved. It was once said that boats are a hole in the water into which one dumps money while slowly going nowhere at great expense. The reality of private railroad car ownership is that secure and economical storage locations are difficult and expensive to find so that theft of parts or storage payment are both significant - so a private railraod car doesn't even have to be "slowly going nowhere" for it to be expensive to own. Parts are expensive and difficult to find and usually requires some mechainical skill to replace - or enough budget to hire someone with the mechanical skills to do the maintenance for the car owner. It should be noted that those with the required knowledge of railroad passenger cars is extremely limited in North America.

There are other private railroad passenger car industry and association groups, including the Railroad Passenger Car Alliance, and they have a number of resources on their web site as well.

Both of these organizations offer places on their web sites that feature privately owned passenger cars for charter, where you can find out information on scheduled trips on some of these cars.